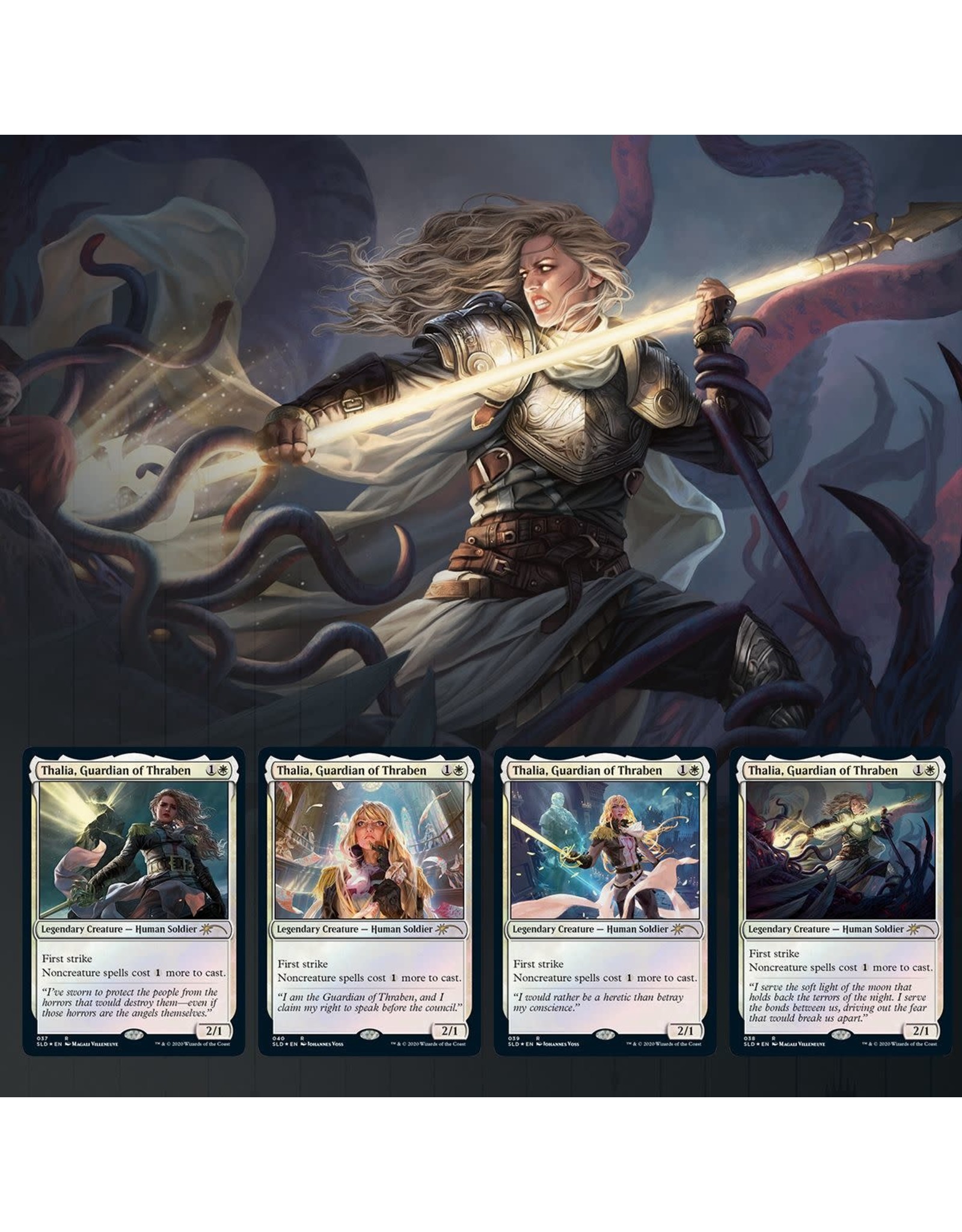 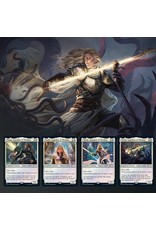 These aren't copies of the card—those come in the bundle or through crafting—but they do make the copies of Thalia you own into something special.

Thalia: Beyond the Helvault is being published in English and features new artistic interpretations of Thraben's brave guardian by Johannes Voss and Magali Villeneuve, each depicting the character at a different pivotal moment in her life.

Add your review
0 stars based on 0 reviews

Wizards of the Coast